The Show is (Sort of) On The Road 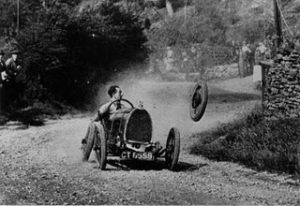 Week two of the session saw more movement on bills, and the combined tally of those filed at this writing is seventy-eight in the House and ninety-five in the Senate (plus two resolutions apiece).

Remote testimony protocols were finally published this week via a press release on the Legislative Research Council (LRC) website–after committees had already begun to meet. However, when staff followed those protocols to testify on a bill in Senate Ag & Natural Resources Committee that would extend the duration of CAFO permits from five to ten years, we received no response and no link to join the hearing.

Conversations with LRC staff revealed that the persons responsible for legislative committee email accounts and processing requests for testimony are legislative interns (students), and that there have been a number of problems reported. Interns are fulfilling a number of duties this year that they have not previously covered, and staffing of committees by the LRC is being done remotely.

That said, I am recommending to our members that ALL emailed requests for remote testimony be copied to the chair of the committee and/or the LRC staff member who serves that committee. Those requests to testify must be made at least 24 hours in advance of the bill hearing. The full list of committee-specific email addresses is located on the webpage for each committee, as well as in a separate press release on the LRC website. If you don’t use email, please call/contact the committee chair directly using the numbers printed in your DRA Legislative Guide.

And PLEASE, as a DRA member, if you are feeling confused about the process to testify remotely (and I sure wouldn’t blame you!), contact your lobbyist Rebecca Terk at (605) 697-5204 x260 or email rebeccat@dakotarural.org and I will assist you. Just remember that those testimony requests have to be made at least 24 hours in advance–get in touch with me RIGHT AWAY if you’re having trouble.

Bill to Restrict Standing On Water Permits Up Tuesday

By state law, South Dakota’s water belongs to the public. HB 1028 would impose strict criteria for standing to contest a Water Appropriation Permit to specific, personal injury “unique from any injury suffered by the public in general” and requiring that the specific personal injury concerns a matter outlined in specific sections of code, AND that the format for petition be a form provided by the Chief Engineer. Additionally, the bill seeks to limit the scope of “public interest” when it comes to approving or denying water permits.

These criteria are clearly meant to shut out citizens who have serious concerns about threats to our public water as well as potentially diminishing standing of organizational, Tribal, and government entities whose members will be adversely impacted. We STRONGLY oppose this bill.

Sign Up To Testify At Least 24 Hours in Advance:

Email houseagnaturalresources@sdlegislature.gov (and copy committee chair Marty Overweg at marty.overweg@sdlegislature.gov). The email request should include the testifier’s full name, whom they are representing (“self” unless you are registered as a lobbyist), city of residence, meeting date, the bill number (HB 1028), and whether you are a proponent or opponent of the bill. Proposed handouts and reference materials can also be attached to the email as Word documents or PDF’s. If you don’t use email, contact the Committee Chair at (605) 773-3851 and ask to testify by phone.

The bill has been assigned to the House Ag & Natural Resources Committee. You can find the names of those committee members and their contact information in the LRC website HERE or in your DRA Legislative Guide.

Over the past several years, DRA and its members, as well as other organizations, individuals, and Tribal governments, have petitioned to intervene in water permit proceedings where the projects under consideration stand to have severe negative impacts on our land, water, and communities. Those projects have included the Keystone XL pipeline, Powertech’s proposed Dewey-Burdock in-situ leach uranium mine, and (currently) Mineral Mountain Resources proposed gold mining operation near Rochford and the Lakota sacred site of PeSla in the Black Hills. This bill is a shot over the bow of all those who would stand up against corporate greed and fight for clean and abundant water.

Your state legislators need to hear from YOU on opposition to the proposed Department of Agriculture & DENR merger. Many organizations are stepping up to join the fight to block this bad policy on the ag, conservation, sportsmen’s and environmental fronts. However, we have yet to see a resolution filed in either chamber, and the session only lasts a few brief weeks.

Last week’s weekly legislative update provided some good talking points on problems with the merger–we’ll provide more in coming updates and alerts as the session continues.

[Some of the] Other Bills We’re Watching:

HB 1046, a bill to limit liability for employers, churches, healthcare providers, and schools on COVID-19-related lawsuits passed out of House State Affairs Committee Friday morning. Proponents expressed the need to shield businesses and organizations from “frivolous” lawsuits, but opponents expressed concerns about protections for teachers, long-term care residents, and workers in large, corporate-owned facilities (such as the Smithfield meatpacking plant) if businesses and institutions use the bill to shield themselves from responsibility for lack of necessary safety protocols.

HB 1058 would authorize the recall of county commissioners through a petition and special election process on the grounds of misconduct, malfeasance, nonfeasance, crimes in office, drunkenness, gross incompetency, corruption, theft, oppression, or gross partiality. This bill is scheduled for a hearing in House Local Government Committee on Tuesday, January 26th at 10am CT/9am MT.

SB 89 would designate the nineteenth of June, or “Juneteenth” as a state holiday.

According to Wikipedia, Juneteenth commemorates “the anniversary date of the June 19, 1865 announcement by Union Army general Gordon Granger, proclaiming freedom from slavery in Texas. President Abraham Lincoln‘s Emancipation Proclamation had officially outlawed slavery in Texas and the other states in rebellion against the Union almost two and a half years earlier. Enforcement of the Proclamation generally relied on the advance of Union troops. Texas being the most remote of the slave states had a low presence of Union troops as the American Civil War ended; thus enforcement there had been slow and inconsistent before Granger’s announcement.” This bill has not yet been assigned a hearing date.

Surprise! With the passage of the marijuana initiatives (IM 26 and Amendment A) by the people of South Dakota, the legislature is once again taking up measures to curtail that process of direct democracy. These bills include allowing the LRC and Secretary of State to make a legal determination as to whether an initiated amendment to the constitution follows the single subject rule; a bill to require a certain font size for initiated measure petitions, and a bill to require a copy of an initiated measure to be provided to all voters.

Get Updates, Action Alerts, and the Inside Scoop on ALL our work–become a DRA Member today!

We have two time zones in South Dakota. #SDLeg may primarily take place in Central, but citizen participation comes… https://t.co/O7d8ARqtED

Resolution to BLOCK the Merger of DENR & Dept of Ag PASSES Senate Ag 4-3! Thanks to Senators Heinert, Smith, Frye-Mueller & Otten for their YES vote.SRD 901 goes to the FULL Senate on Monday--we will have more details in Friday's weekly update, but start contacting State Senators now to vote YES on SRD 901! ... See MoreSee Less
View on Facebook
· Share

Seed Swap and Spring Equinox401 N Phillips Ave, Sioux Falls, SD 57104Monday, March 15, 2021 at 5 PM CDT – 8 PM CDTwww.facebook.com/events/462000031823806/ Calling all seed savers, gardeners, and curious creatives! It’s time for the beloved Homegrown Seed Swap and Spring Equinox Event!(*Spring Equinox is March 20th)This will be a social distanced event: Masks will be required and we will be spaced throughout the building to allow for easy flow of participants.The seed swap is a wonderful chance to get together with other local growers, share seeds, stories, and ideas. This is a free event, everyone is welcome. Local Green Thumbs will be on hand to help answer your seedy questions. Go home with lots of locally adapted seeds from other local gardeners. Bring your own seed collection and share your abundance.Please bring excess packets, unwanted varieties, self-saved seeds, out of date packets, partially used packets, empty envelopes to reuse, and extra seed catalogs.For folks bringing in self-saved seed, we invite you to tell the story of your seed. Where did you originally source the seed? How long have you been growing this variety? How does it grow best? Bring your seed to share along with a short write-up with the "seed story."Even if you don't have seeds to swap, please join with friends and neighbors for an evening of celebrating Spring!#seedswap #homegrownresiliency #comeforthepotluckstayfortheprogress #sodakgrown #communityempowerment #communityispower #regenerativeag #mutualaid #SmalldDemocracy #grassroots #organize #communitycare #yardtotable #garden #seedsaving #seedsovereignty ... See MoreSee Less

We are in this together. While these are trying times, they also offer us a chance to pivot and take stock of the value of what we have. Pandemics, cold weather, the SD legislative session, does not prevent us from strengthening the bonds within our communities. Mutual aid networks, homegrown resiliency, and skill shares are sprouting up everywhere, allowing the healthiest among us to support the most vulnerable, empowering community through community and creating a greater sense of power and shared purpose. The solidarity we are forming today, is hopefully one we can carry onward as we face the climate crisis together.Dakota Rural Action has been providing education, skill-shares and tours on growing, sharing, and preserving what you grow for 10+ years.DRA believes that it is essential that we further our food security and sovereignty by growing and preserving our own local food and medicine towards self-reliance, and community resilience.Join Us! dakotarural.org/joinBecome a member today!#homegrownresiliency #comeforthepotluckstayfortheprogress #sodakgrown #communityempowerment #communityispower #regenerativeAG #mutualaid #smallddemocracy #GrassRoots #organize ... See MoreSee Less

Farm Beginnings Class Helps Launch the Next Generation of Family Farmers- Dakota Rural Action’s Farm Beginnings® course is being offered virtually and in person in. In person classes are being held in Sturgis, SD and on farm training will be held throughout the state.Today we have the opportunity to hear from @bearbuttegardens and @cyclefarm Farm Beginnings is a farmer and rancher-led training and support program that provides participants the opportunity to learn first-hand about low-cost, sustainable methods of farming and ranching and the tools to successfully launch a profitable enterprise.Our farmer training is unique in that it is farmer-led, community based, and focused on sustainable agriculture. Farm Beginnings is a training program taught by local farmers and ranchers that provides participants with the support and education needed to launch a profitable and sustainable enterprise. Who should take Farm Beginnings? Anyone interested in developing or transitioning their enterprise. Participants can be of any age, do not need to own land, and prospective, beginning, part-time, and full-time farmers are welcome! What kind of enterprises are participants engaged in? Participants come with a wide array of sustainable farming interests and experience, including: ● Cattle, hogs, goats, sheep, poultry, and other livestock ● Dairy ● Grazing ● Vegetable and fruit production ● High Tunnels ● Community Supported Agriculture (CSA) and farmers markets ● Crops and Hay ● Fiber production ● Specialty products like value-added foods ● Flowers and herbs .The size and scale of production ranges from very small (just a few acres or a small urban plot) to large (hundreds or thousands of acres in production). Experience levels range from no experience farming to currently owning and operating their own farm.Check out dakotarural.org to find out more. Prospective participants should contact Dakota Rural Action at (605) 697-5204 ext. 280 or email Matthew West at mwest@dakotarural.org. #knowyourfarmer #farmbeginnings #farmbeginningscollaborative #SoDakGrown ... See MoreSee Less