The staff at Dakota Rural Action are committed to the ideal of Community Organizing to create a better South Dakota, ag economy and to protect South Dakota resources.

Below is a super-simplified breakdown of what the various staff types do within Dakota Rural Action:

The Staff Director works to keep all the staff focused on the objectives of the Board of Directors and the membership at-large. He’s the lead organizer for the Board and various committees. He also works with fundraising and grants, budgeting, and many other aspects of leading the organization’s administrative and organizing areas. All staff report directly to the Staff Director.

Community Organizers work with the members of Dakota Rural Action, staffing the various DRA chapters and issue committees, facilitating meetings and programs, facilitating training sessions, planning and evaluating campaigns and programs, identifying and developing member leaders, making referrals and suggestions, helping chapters or committees develop strategy, writing reports to enhance communication with the Board, doing group troubleshooting, as well as analysis and research. They also implement fundraising into their work to provide the general funds to do what the membership hopes to accomplish.

For more information on Community Organizers, go to the Western Organization of Resource Councils Resource Page.

Fundraising and Program Support staff work to keep the organization’s administrative arm in top shape, bringing in funds by working on grant proposals, fundraising planning and coordination and membership dues, other aspects of membership development, fundraising for special events and DRA promotion, printing, the membership database, mailings, HR, bills, accounts, IT and the DRA web presence, and other clerical and support work. They also organize members to work on fundraising, events and other special-duty clerical teams. In truth, almost all staff at DRA organize to some extent. This makes us all aware of who makes up the organization: Our Members. 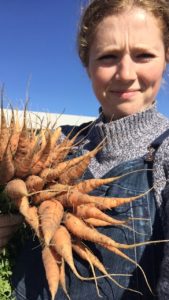 Katie serves as DRA’s lead staff person planning the South Dakota Local Foods Conference. Originally from Sioux Falls, Katie was ready to move back to the prairies of South Dakota after spending four years in Waco, Texas, where she and her husband (DRA organizer Chase Jensen) graduated from Seminary. While in Waco, Katie became passionate about cooking with local food, gardening, and creating a more sustainable lifestyle. This led her to a non-profit farm, where she managed a 2-acre market garden for a CSA, Farmers Market, and veggie Rx program, and spent her (rare) free hours dabbling in canning, soap-making, and lard-rendering. She is excited to set roots down and bring her passions back home. 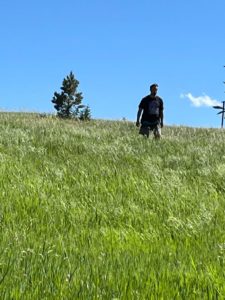 Taylor Gunhammer (he/him) is Oglala-Lakota from Pine Ridge, South Dakota. He has spent a young lifetime involved in skateboarding, music, art, and by extension various forms of community-level activism and outreach. His current favorite hobby is collecting silly t-shirts, and it is coming along nicely.

Taylor is the staff organizer for the Black Hills Chapter, and as a new organizer with DRA he is hitting the ground running with work on mining campaigns in the Black Hills.
vi@dakotarural.org

She is Sicangu Lakota and a citizen of the Rosebud Sioux Tribe. She spent several years working as a free lance Journalist, covering news events for Indian Country. She is also the founder of the Lakota Wellness Society, an Indigenous led nonprofit organization dedicated to promoting food sovereignty and healthy life ways. The organization continues to distribute food, alternative medicine and other supplies to tribal citizens affected by the COVID-19 pandemic. She is also a member of the Waičaȟya Ičaǧapi Kte (They Will Develop into Producers) Steering Committee. The committee, which is a part of the Sicangu Food Sovereignty Initiative, provides guidance to interns who are working to apply Lakota culture, values and tradition in agricultural
practices and operations.

Vi lives on the Rosebud Reservation with her extended family. 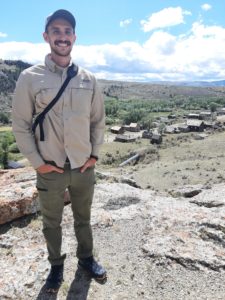 Chase was raised in MN and NE before attending the University of Sioux Falls. It was there that he met his wife. After college they moved to Texas to pursue graduate degrees from Truett Seminary at Baylor University. He most recently served as the Director of Education at a non-profit farm where he developed educational gardens, taught community classes, led programs focused on food insecurity and food justice, and co-directed a residential farm internship.

Chase serves as the DRA lobbyist, the Brookings County chapter organizer, the lead staff on the carbon pipeline campaign, and the Community Energy Development Committee organizer. 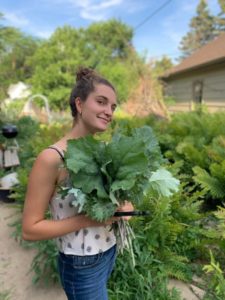 Lilli recently left her transient lifestyle to join DRA’s team as a community organizer. She’s hoping to not only put down some roots in Sioux Falls, but to help build a better root system in South Dakota. She spent her time in school studying social movements and tactics for change, especially focusing on immigration, racial, and environmental justice. This brought her to DRA because of their commitment to fighting extractive industries while also building a viable alternative.

Frank James is currently Dakota Rural Action’s Staff Director. He began organizing in the late 1990s with DRA. Since then he’s been the Staff Director at the Idaho Rural Council and a Regional Organizer with the Western Organization of Resource Councils.

He has been DRA’s Staff Director since 2006.

Frank was raised on a South Dakota family farm in Day County and farmed with his family for four years before returning to Dakota Rural Action. 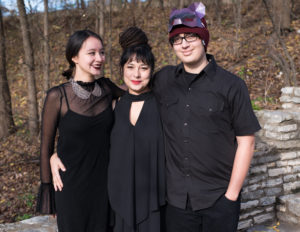 Originally from southern California, Eowyn lived for ten years in Austin, Texas. An artist and new homesteader herself, Eowyn and her family recently moved from Austin to South Dakota in order to pursue her dreams of raising the fiber animals needed to produce her felting and textile arts.

about 6 months ago
This message is only visible to admins.
Problem displaying Facebook posts. Backup cache in use.
PPCA Error: Due to Facebook API changes it is no longer possible to display a feed from a Facebook Page you are not an admin of. The Facebook feed below is not using a valid Access Token for this Facebook page and so has stopped updating.