On Tuesday, October 19th, community members chatted excitedly in the Deuel County, South Dakota courtroom, as they waited for the county commissioners to come back from their executive session and vote on the zoning change. As they waited, neighbors congratulated each other on points they had made well, rehashing the long public comment period that saw many people jumping up to add comments and clarify points — demonstrating the potential effect this could have on their everyday lives. The air was suspenseful, and no one was sure what would happen next.

The county commissioners were voting to rezone a parcel of land from Agriculture to Commercial/Industrial in general, but the rezoning was the first step for East Dakota Beef to put a packing plant at the site. This was the second hearing. In a previous hearing on October 5th, the zoning board had voted 3 to 2 to move forward with the rezoning in spite of the fact that the neighbors who lived closest to the site were opposed to the project, a decision they made after much deliberation.

Early in September, when Tanya Svec of rural Estelline learned that East Dakota Beef planned to build a slaughterhouse that would handle 250 head of beef a day a half mile from her house, she didn’t immediately know what to think.

“We’re beef farmers, and it can be hard to get locker dates,” she said. “I was hopeful that this type of plant might fill a need for our farm and for the beef farmers in the area.”

However, the more Svec learned, the more uncomfortable she felt about the project.

The proposed site was on a shallow aquifer where the county generally recommends avoiding development that carries risks of contamination. So after talking through the pros and cons of the proposal as a community, the neighbors decided to oppose the project. They spent most of the second public comment period bolstering their main point: This site has a very shallow aquifer, it will be extremely expensive to ensure there isn’t water pollution at this site. We aren’t opposed to small custom processors in Deuel County, but there are other sites that are better suited.

Developers often paint anyone with questions about a project as being “against progress” or “against agriculture”. This simplistic approach to the feelings of people who will have to live with a development is designed to split communities and make people feel like their voice doesn’t count. Legitimate concerns about water and the protection of the environment moved some of the neighbors to oppose this proposal. However, they all work in agriculture and may support a project like this if it was in a better location.

Jon Lundgren, the CEO of Blue Dasher Farm spoke at the October 5th zoning hearing. Stating, “Today’s hearing is really important to consider the long term implications, balancing out the long-term safety of our rural communities against some short-term gains. I am, and I think most of the people in the room are, 100% behind small packing plants. We’re desperate for these things, right. We don’t have a lot of places for our animals to go right now. This feels different. It’s not one of our neighbors who is building this. We listened to a lawyer today.”

During the county commission meeting, Aaron Svec supported this narrative further by giving figures about the cost of some of the company’s proposed manners of mitigating environmental degradation — debunking the narrative that this development could only bring economic prosperity to the county. He also made sure to highlight the unique nature of the site. Not only does the site rest on a shallow aquifer, but there are fens, which the nature conservancy describes as “rare habitats in this landscape, and their protection is critical to sustaining the region’s biodiversity.” As a beef rancher himself, who struggles to find locker dates, Aaron and his wife Tanya could have supported this plant and hoped to benefit from it. Instead, they dedicated a significant amount of time to researching the proposal, weighing the pros and cons, and talking with their neighbors about the best way to proceed. 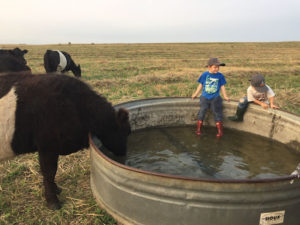 The county commissioners re-entered the courtroom, and the chatter quieted. The moment had arrived to see whether Dakota Rural Action and the community members we had been working with would spend the next months or years ensuring that this plant didn’t have a negative impact on the shallow aquifer, the fens, and the families who lived close by, or would the county commissioners reject the rezoning outright? Just like a scene in a dramatic movie, they began to vote: Yes. No. Yes. No. With only one vote to go, they were tied. The decision would come down to the last county commissioner and chairman: Gary DeJong.

Before voting, Dejong said that he saw both side’s arguments. He said he wasn’t against agriculture or cattle ranchers, but that we needed to think twenty years down the line. Ultimately, his concerns for the shallow aquifer won out, and he decided there may be other sites better suited to a packing plant within the county. He voted no. Nobody quite believed it. Not the developer. Not the community members who had fought so hard to oppose the plant. Not the senior DRA staff in the room, who didn’t see commissioner meetings go this way very often. But when the shock wore off, it was clear that this was a win.

Community members should have the final say in whether they want a beef processing plant in their backyards, and what size and form that should take. As the pandemic has shown us, we need to decentralize the packing industry and move to smaller facilities in order to support small producers, protect the environment, and create a resilient food system that doesn’t break down at the first signs of trouble. There is clearly a demand for more processing plants, but it is important that we continue to promote small, local meat processors that don’t have the negative environmental impacts of the larger plants. While DRA wanted to be able to support this size plant, the specifics of the proposal, its location, the concerns of the community and concerns about who the developers are, led Deuel area members to oppose this particular proposal.

Not only do the neighbors who live close by not have to worry about coming back to countless other permit hearings to ensure that the plant was following proper safety procedures or worry about what exactly they would end up living next to, but it was also a prime example of what can happen when community members and neighbors come together and show their officials that they care about their community. 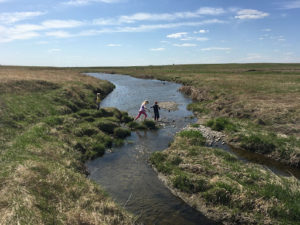 RT @Praxis_Project: A3: Building community power and investing in local community leadership is key to advancing racial justice and health…

I just listened to The Other Radical Youth in the Audm app. Published by The New Republic. Written by Sam...

If you’re in the Sioux Falls area, join us tonight for some DIY holiday gift making! We will be making pinecone bird feeders, glass jar lanterns and window paper stars! ... See MoreSee Less

Thank you to everyone who supported DRA this #GivingTuesday! Your support helps us continue to empower people to create policy change that strengthens their communities and cultures. And it's not too late to give #BeyondTheMoment. The Praxis Project is matching your donations through the end of December! linktr.ee/dakotarural ... See MoreSee Less

There are many ways to contribute to movement work! Today for #GivingTuesday you can support DRA & continue to build power in our community & The Praxis Project will be matching your donation! #BeyondTheMoment >>https://linktr.ee/dakotarural <<And don't forget to check out the amazing work being done in communities who are building power and making change around the country @ bit.ly/2HaKjFW ✊🌎💜💜 ... See MoreSee Less