Welcome to the Session–A “SuperSpreader” Event 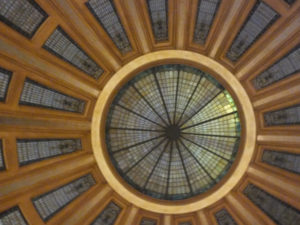 The 2021 Legislative Session opened on Tuesday, January 12th with Governor Kristi Noem’s State of the State address. This week’s events also included the State of the Judiciary address, delivered Wednesday by Chief Justice Steven R. Jensen, and the State of the Tribes delivered Thursday by Standing Rock Chairman Mike Faith. All three events took place as joint sessions, where all 105 legislators (35 Senators and 70 House members) crammed onto the House floor alongside staff and media.

Those who watched the video of these events likely noted that half or fewer of those in attendance wore masks, and social distancing was impracticable. Ironically, on the day of the Governor’s address, the State’s Department of Health (DOH) released COVID safety protocols for caterers working in the Capitol during session, which included the same guidance we’ve had drilled into our heads repeatedly over the past several months: wear a mask, social distance, wash your hands, and sanitize, sanitize, sanitize. However, those simple DOH rules are not in effect for the legislature itself, as evidenced by the measures put in place by leadership the previous week.

At least three legislators contracted COVID (and one was hospitalized) from meetings that took place around the Governor’s budget address in December–it seems likely that the regular session will bring more of the same. More than one legislator has wagered privately that within two to three weeks, an outbreak of COVID at the Capitol (and by extension within the Pierre community) will cause session business to break down. All of the above in mind, we are watching the situation closely, and there are still plenty of bills and issues that need to be addressed.

Over the past several years, DRA and its members, as well as other organizations, individuals, and even Tribal governments, have petitioned to intervene in water permit proceedings where the projects under consideration stand to have severe negative impacts on our land, water, and communities. Those projects have included the Keystone XL pipeline, Powertech’s proposed Dewey-Burdock in-situ leach uranium mine, and (currently) Mineral Mountain Resources proposed gold mining operation near Rochford and the Lakota sacred site of PeSla in the Black Hills.

Rather than welcoming citizen input and participation in the process, the DENR is now seeking to severely limit that participation by filing HB 1028, which would impose strict criteria for standing involving specific, personal injury “unique from any injury suffered by the public in general” and requiring that the specific personal injury concerns a matter outlined in specific sections of code, AND that the format for petition be a form provided by the Chief Engineer. Additionally, the bill seeks to limit the scope of “public interest” when it comes to approving or denying water permits.

These criteria are clearly meant to shut out from the public process citizens who have serious concerns about threats to our public water as well as potentially diminishing standing of organizational and government entities whose members will be adversely impacted.

The bill has been assigned to the House Ag & Natural Resources Committee, though not yet scheduled. You can find the names of those committee members and their contact information HERE.

Last August, Governor Noem announced the proposed merger of the state’s Department of Environment & Natural Resources with the Department of Agriculture. Dakota Rural Action staff and members have been communicating with dozens of other organizations and individuals across the state to raise warning flags.

Complicating our ability to point at specific problems within the merger proposal has been a withholding of information and details coming from the Governor’s office. Last November, we submitted an open records request to departments and agencies involved in the merger planning and received nothing but a vague Power Point presentation which has been used to “pitch” the idea to producer groups across the state.

Here’s what we know, and what YOU need to know:

First of all, the merger is not a “done deal.” Article IV, Section 8 of our State’s Constitution gives the governor power to reorganize departments within state government, but it *also* gives legislature veto power over that reorganization. The process outlined in the constitution requires the governor to issue executive orders laying out the plan within the first five days of the legislative session (that deadline is Monday). EITHER chamber of the legislature can, during the course of the session, block that reorganization via a resolution passed by a simple majority of members. If the legislature fails to act, the merger becomes law.

Only two states have combined ag and environment agencies (Alaska & Rhode Island). Those states have ag production in the low millions, while SD boasts over $10 billion in ag production. States like South Dakota with large agricultural economies need and deserve a Department of Agriculture whose sole focus is advocating for all of our diverse producers and addressing their needs and challenges.

Despite the Governor’s focus on ag-related issues around the merger, DENR is not just about ag inspection, it’s also about protecting our municipal drinking water and preserving recreational uses of our rivers and lakes, as well as safeguarding water from toxic mining impacts and overseeing the clean up of toxic spills. DENR should continue to advise, regulate and enforce practices that protect public health and South Dakota’s natural resources for current use and for tomorrow.

From the information we’ve been able to obtain, it appears that taxpayers stand to save less than half a million dollars in this merger—mostly through combining currently vacant inspection positions with other, very different duties. We have a hard time hiring now; will that situation improve when we double the workload?

Many organizations with a diversity of interests have started to come out publicly in opposition to the merger, including Dakota Rural Action, SD Farmers Union, the SD Wildlife Federation’s “Camo Coalition,” Friends of the Big Sioux River, Black Hills Fly Fisherman, Sierra Club…and the chorus keeps growing. We encourage all our members to contact representatives with their own concerns, and to urge legislators to support a resolution to block the SDDA/DENR merger. Additionally, if you are a member of an ag, sportsmens, community, or conservation group–contact the leadership and urge them to make a statement of opposition.

We had about twenty bills on our watchlist as of this Thursday, but no doubt that will expand greatly as we move further into the session. Of specific interest are the issues outlined above, as well as a bill to double the duration of CAFO permits from five to ten years (more about that in a subsequent update, but you can read Senate Bill 52 HERE) and a bill to limit liability for businesses and schools around the spread of COVID (HB 1046–HERE).

DRA members interested in serving on the Legislative Committee should contact Rebecca at (605) 697-5204 x260 or email rebeccat@dakotarural.org. We meet every Thursday afternoon by Zoom at 6pm CT (5pm MT) during the session to go over bills we’re watching, negotiations we’re involved in, and strategy on various issues.

DRA’s work during Legislative Session is 100% funded by people like YOU!

Please consider an investment in our legislative fund by clicking HERE.

Not a DRA Member? Join HERE and get our updates directly in your inbox or mailbox!

At the start of the COVID-19 pandemic, Congress gave USDA the ability to issue special flexibilities to school meal and community meal sponsors, recognizing the importance of access to crucial nutriti...
View on Facebook
· Share