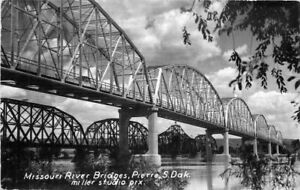 This week on Wednesday the legislative session hit an important milestone – crossover day. Crossover day is the deadline by which every bill needs to cross over from its chamber of origin into the second chamber.

For those new to the legislative process, recall that each bill is introduced by a Representative or a Senator, and is designated as either a House or Senate bill respectively. A House bill receives an initial reading on the House floor where it receives its first committee assignment. If it passes the House committee, it gets sent back to the House floor. If it passes the floor, then it crosses over into the Senate and repeats the same process. Senate bills follow the same process on their way to the House.

The crossover day deadline ensures that with only a few weeks left of session, each bill has already received the first half of its hearings. This means that the only bills left alive are those which have already been approved by one chamber, and we see that the list of bills to watch grows slim as those bills with little support are killed leading up to the deadline.

The cottage food bill that DRA was actively involved in crafting, HB 1322, had the rare honor of being passed unanimously by both its first committee and by the entire 70 member House of Representatives! This in itself is a huge accomplishment, and will certainly be a resounding affirmation of the bill as it heads to its second chamber. It is scheduled in the Senate Commerce and Energy committee next week, where three committee members are co-sponsors of the bill.

SB 175 – an act to ‘make an appropriation to the Department of Game, Fish and Parks for building a shooting range in western South Dakota and to declare an emergency’, passed Joint Appropriations and is headed back to the House Agriculture and Natural Resources committee.

This bill has had quite the story this year. It first appeared as a House bill, which was killed in House A&NR after testimony revealed that GF&P had seriously neglected the voice and concerns of nearby ranchers and conservation groups. Then it was submitted as a Senate bill and pushed through, and now has landed back before the committee that killed the first iteration. It should make for an interesting hearing! That hearing will occur on 03/01/2022 at  7:45 AM.

Two bills we were watching were tabled at the request of their prime sponsor:

HB 1255 – ‘clarify certain public meeting requirements’, was killed in an earlier committee, resurrected, amended, and passed on the House floor, and ultimately killed in Senate Local Government Committee just this morning. We testified about concerns with that amended language and its potential to restrict comment at public meetings.

HB 1120 – an act ‘include carbon dioxide and carbon dioxide capture companies in certain provisions regarding pipeline taxation’, passed its second committee this morning and was placed on the consent calendar for the Senate, which means it will be voted on without discussion unless a request is made to debate it.

HB 1071 – an act to ‘make an appropriation for maintaining the drainage of Lake Andes and to declare an emergency,’ passed Joint Appropriations after being amended up to $1,000,000. The history on this bill includes flooding around Lake Andes due to structural failure of a drainage pipe, which resulted in extensive damage and condemnation to a nearby community of the Yankton Sioux Tribe. 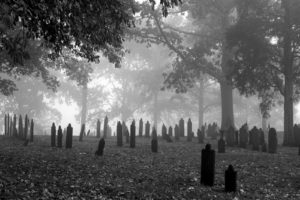 Get involved with our legislative work!

A group of interested members from across the state meet every Thursday evening by zoom at 6:30pm CT (5:30pm MT) to talk through bills we’re watching, negotiations we are involved in, and strategy on various issues. Contact Lobbyist Chase Jensen at chase@dakotarural.org or call (605) 697-5204 x250 with questions or to serve on the legislative committee.

DRA’s work at the Legislative Session is 100% funded by people like YOU!

Please consider an investment in our legislative fund by visiting: https://www.dakotarural.org/leg-session/
Or, you can mail donations to us at PO Box 549 Brookings, SD 57006